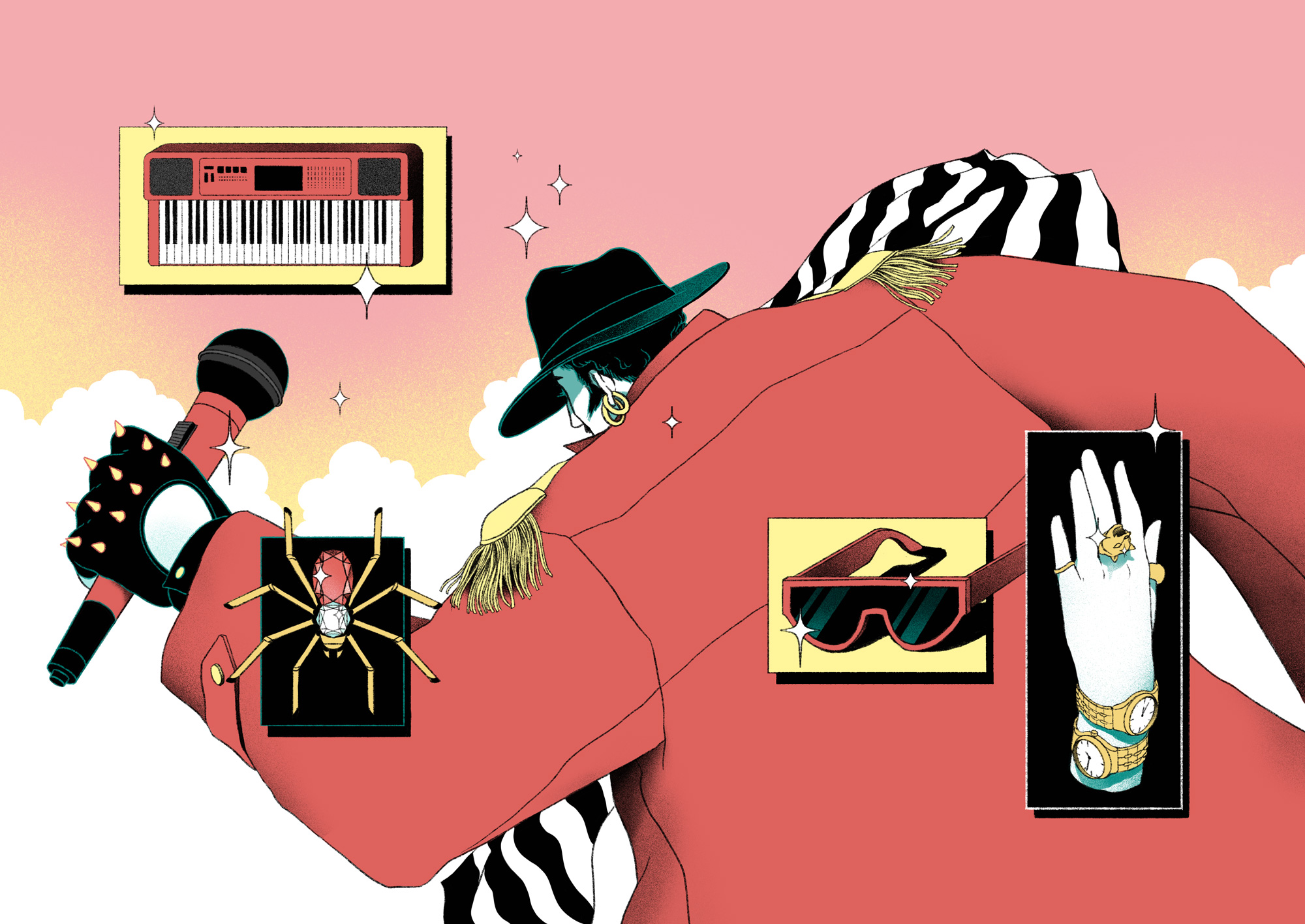 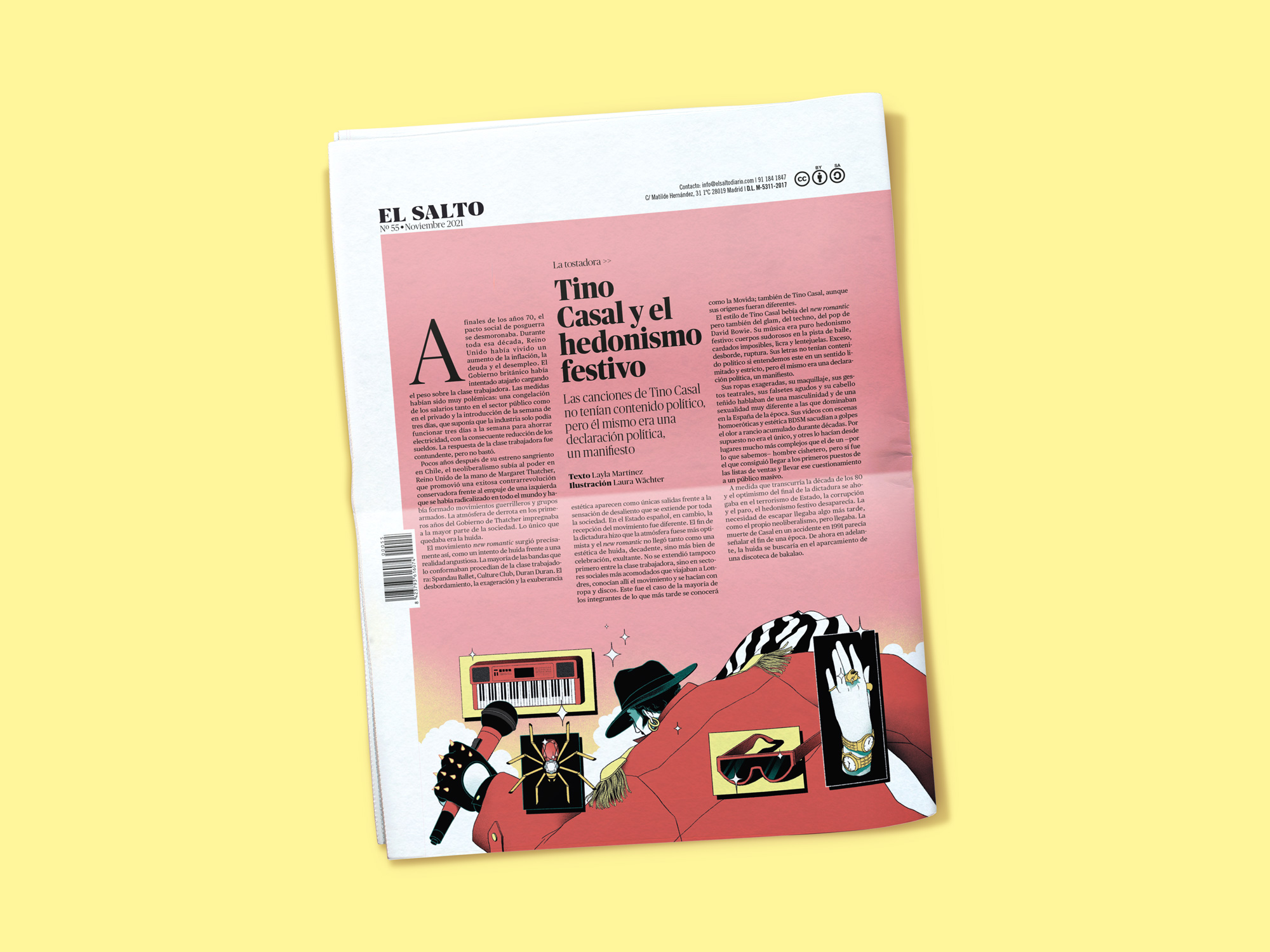 Editorial illustration for the back cover of EL SALTO. This time Layla Martínez talks about Tino Casal, a very undervalued Spanish musician and artist from the 80’s who passed away way too soon in a car accident when he was aged 41.

“In Spain, on the other hand, the movement arrived differently. The end of the dictatorship made the atmosphere more optimistic and the new romantic did not arrive so much as an aesthetic of “escaping from reality”, decadency, but rather of celebration, exultation. /…/ Tino Casal’s style drew from the new romantic, but also glam, techno, and Bowie’s pop. His music was pure festive hedonism: sweaty bodies on the dance floor, impossible carding, spandex and sequins. Excess, overflow, rupture ”. 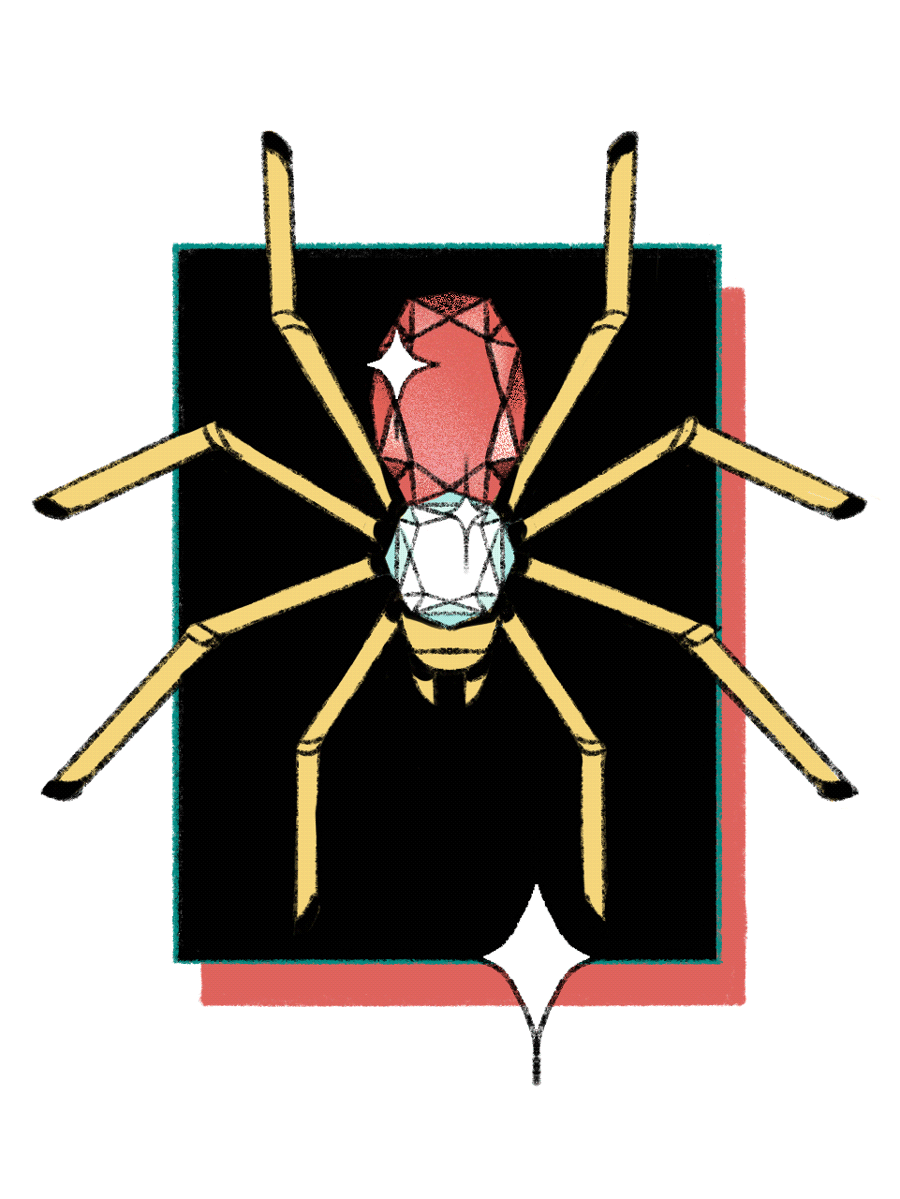