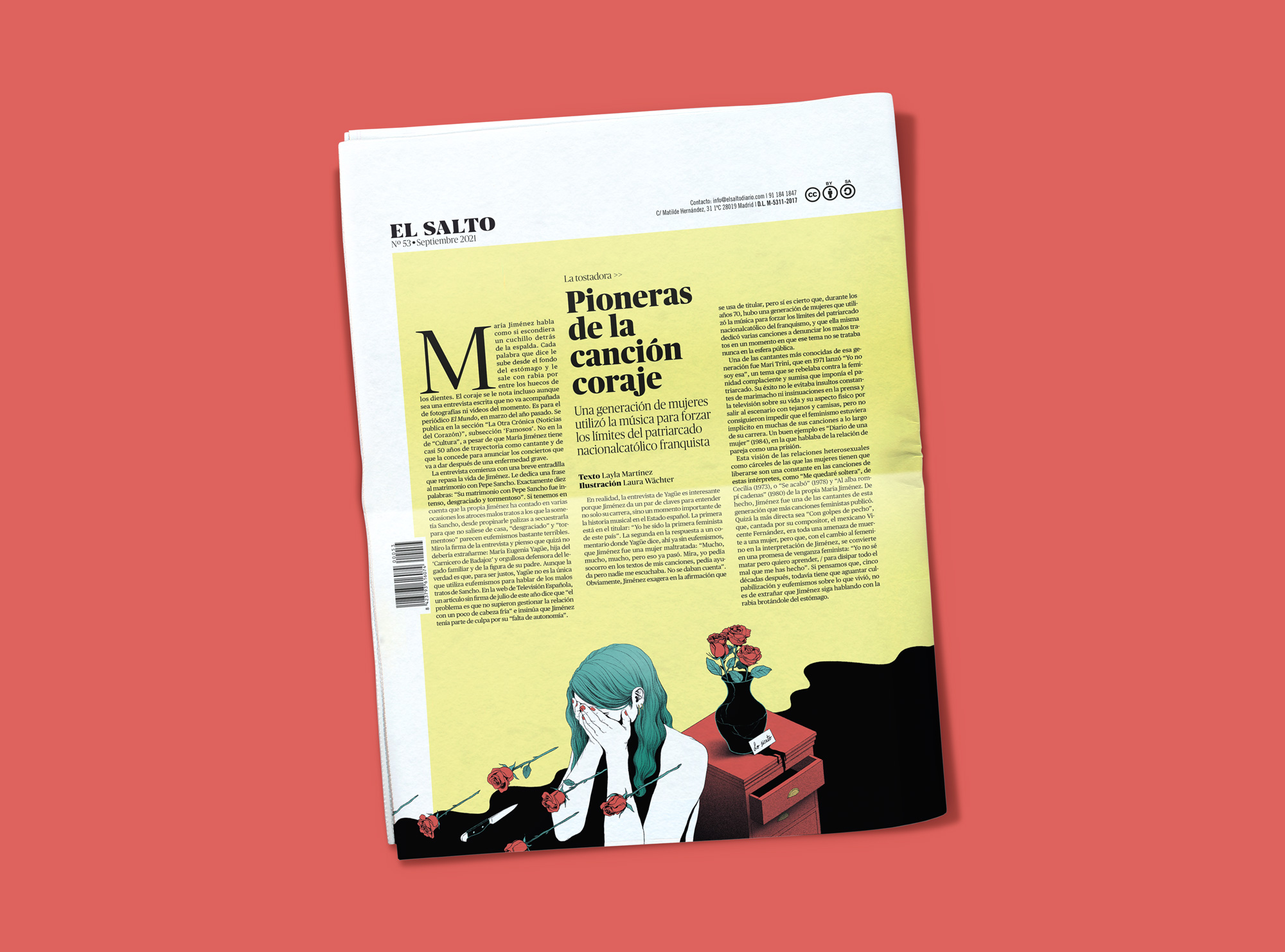 Editorial illustration for the back cover of EL SALTO. This time Layla Martínez talks about a generation of creative women in Spain who started fighting for a better situation with their songs in the ’70s. María Jiménez was widely known for her song “Se acabó”, in which she spoke openly and in a rebel fresh tone about the violence she suffered from her husband.

I wanted to complement this beautiful text with this piece doing the same they did. It brought me memories from my first relationship and how I ended up deeply hating roses because of the pain I knew that would come after getting one as an apology gift. I unconsciously related that beautiful flower to the cycle of violence and psychological abuse. 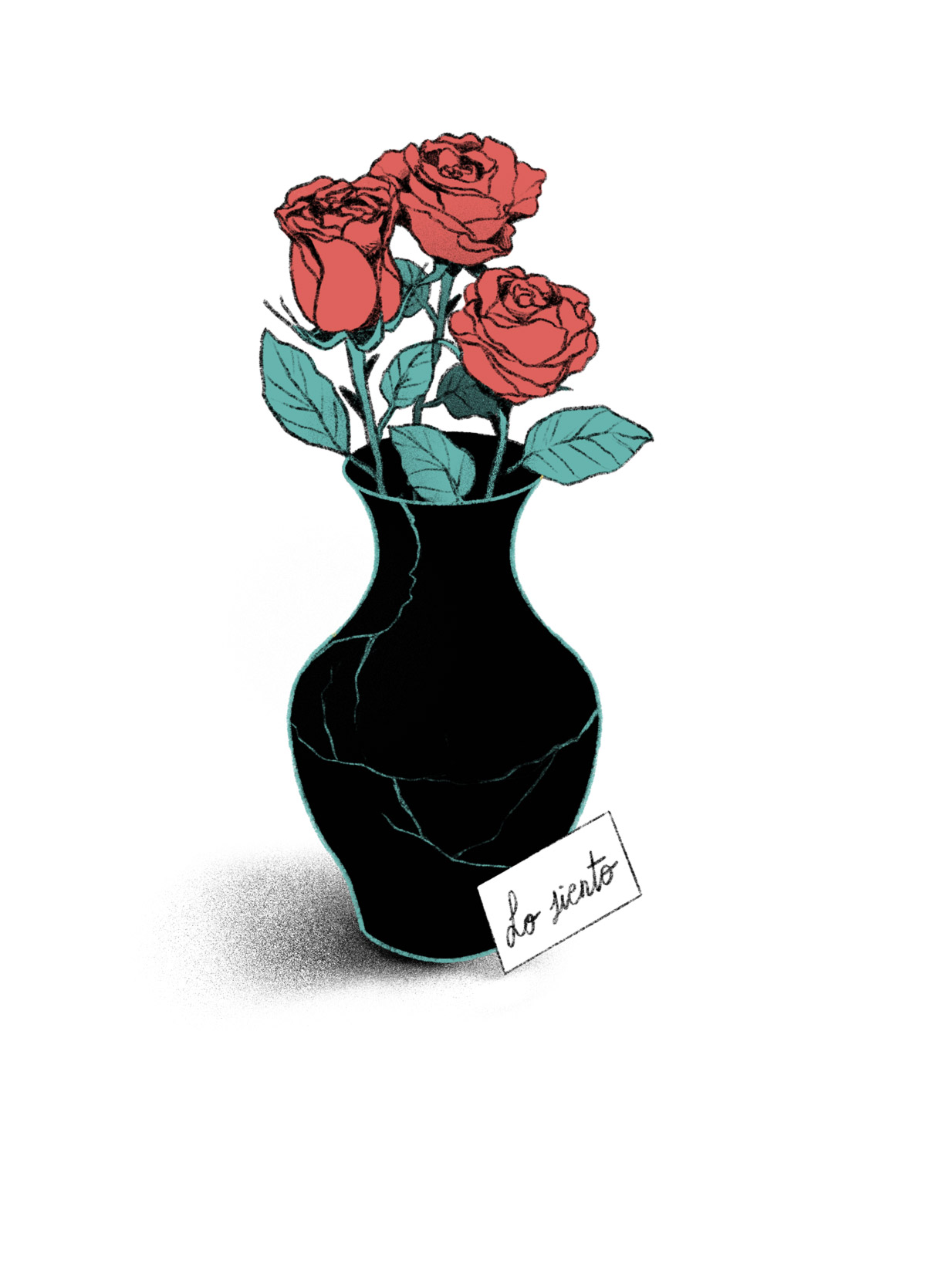