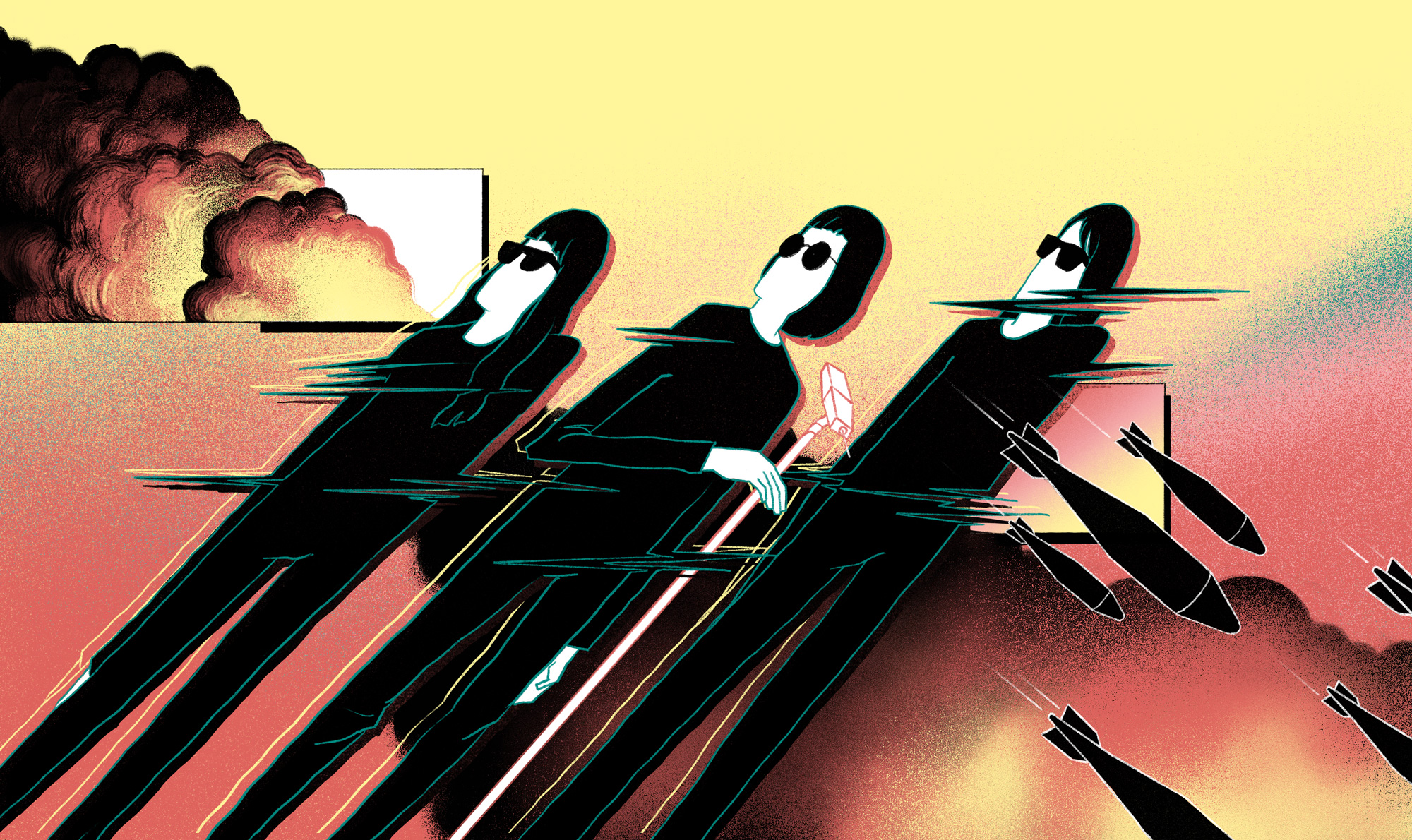 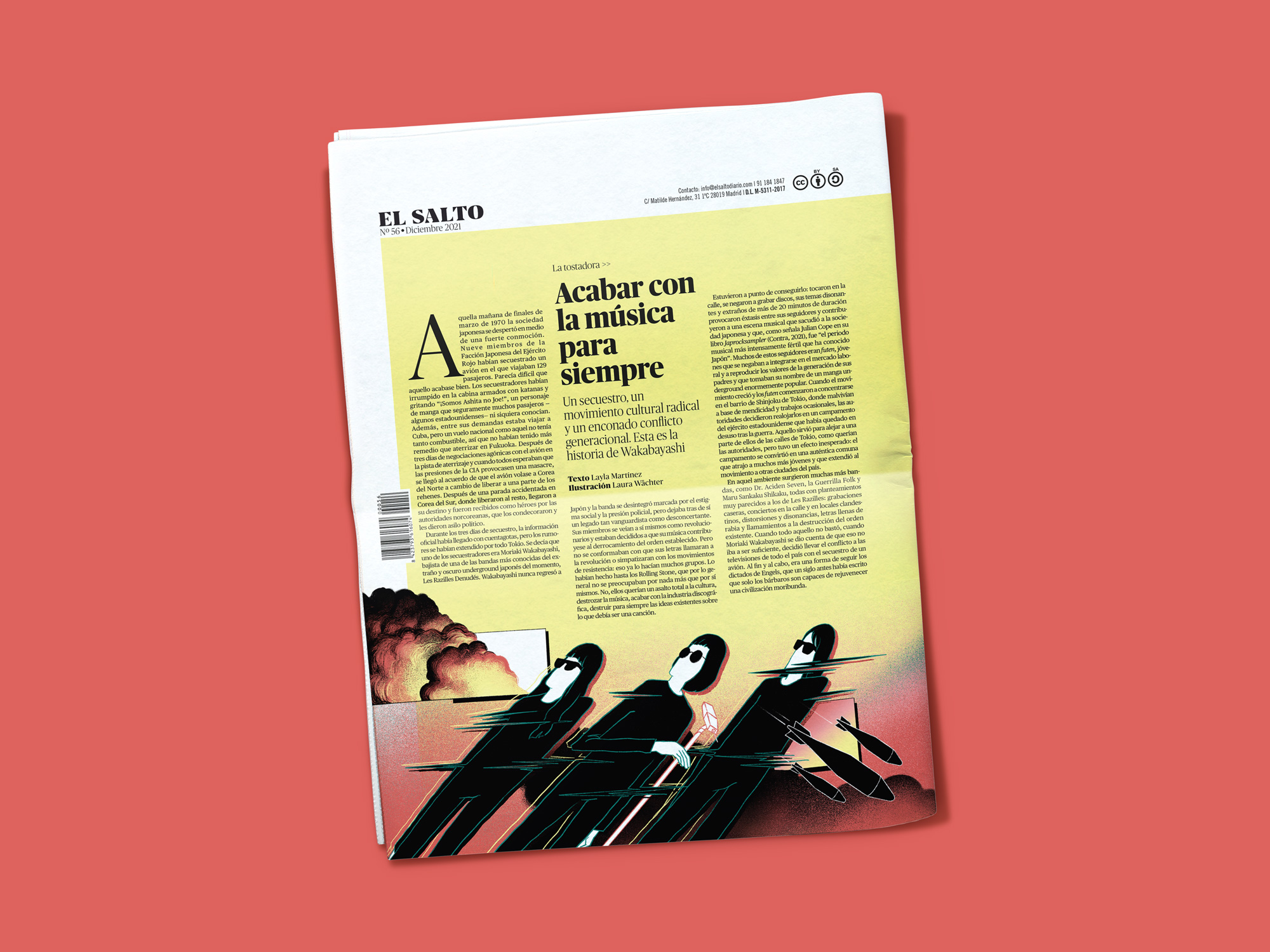 Editorial illustration for the back cover of EL SALTO. In this issue Layla Martínez talks about Les Rallizes Dénudés and how their idea of music.

“Wakabayashi never returned to Japan and the band disintegrated under the influence of social stigma and police pressure, but it left behind a legacy that was as cutting-edge as it was puzzling. Its members saw themselves as revolutionaries and thought their music would contribute to the overthrow of the established order.
But their lyrics calling for revolution or sympathizing with resistance movements wasn’t enough for them /… / They wanted to completely assault culture, destroy music, end the recording industry, destroy forever existing ideas about what a song should be ”.