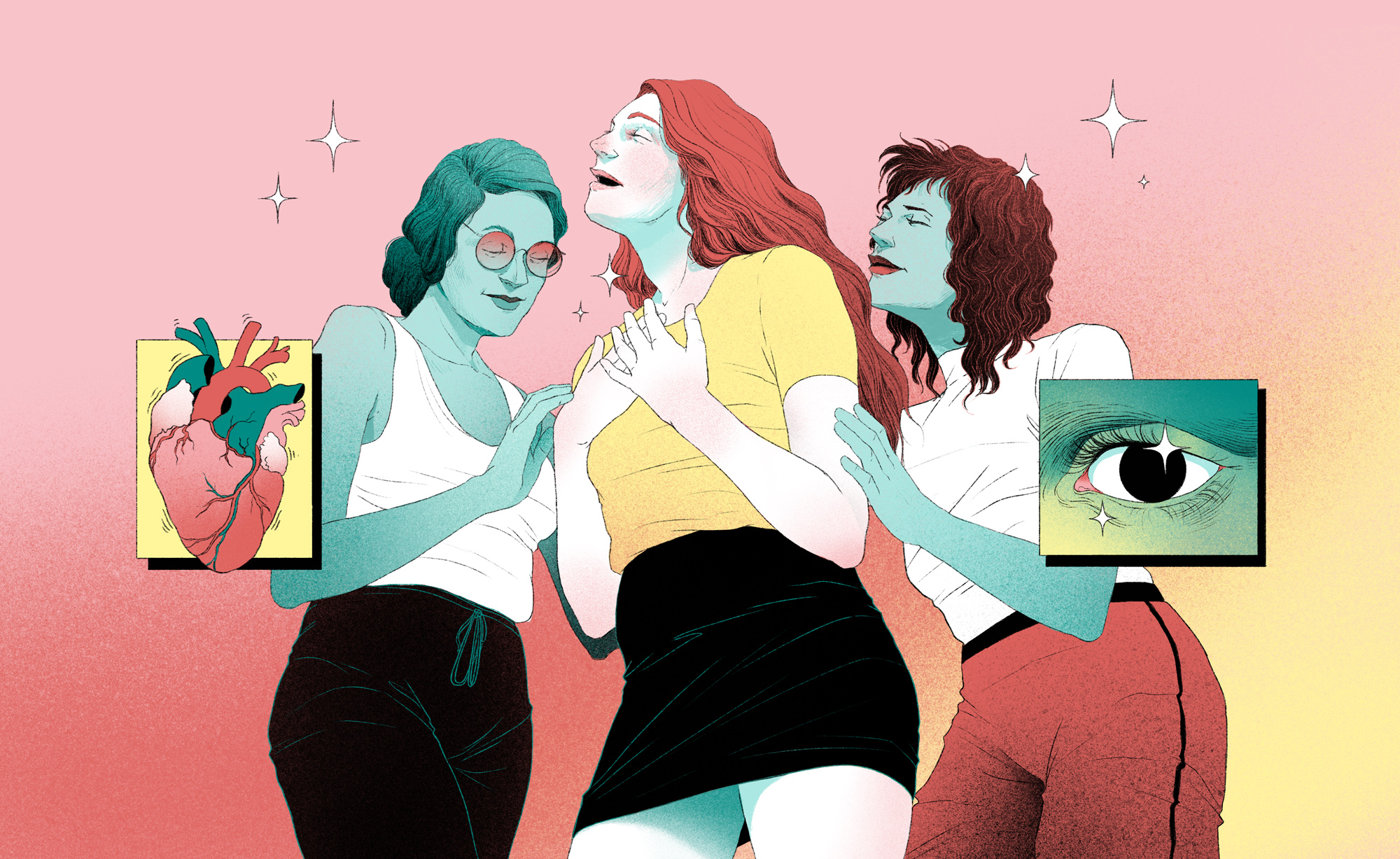 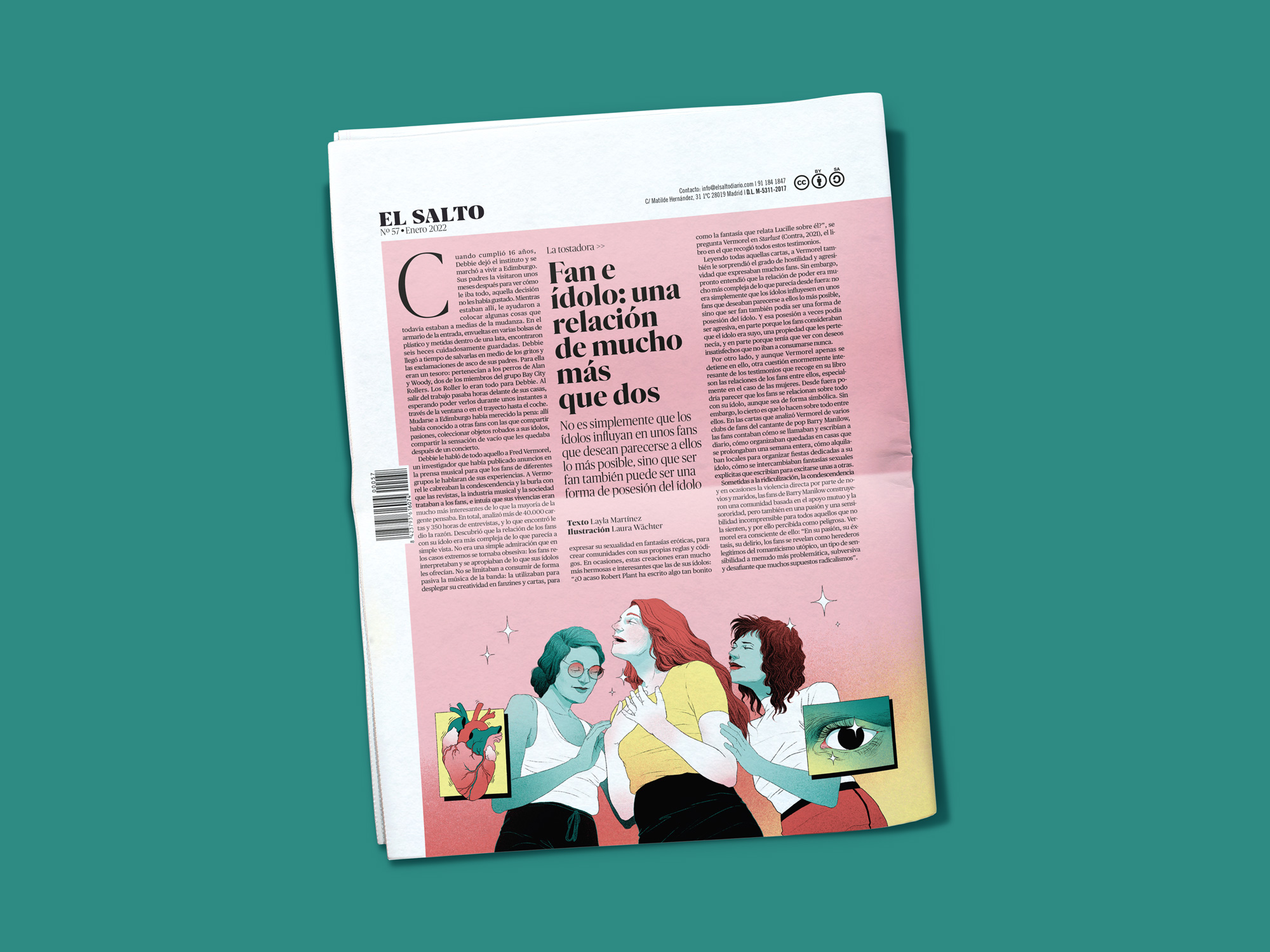 Editorial illustration for the back cover of EL SALTO. This time Layla Martínez writes about fans and their idols. How that relationship is often more complex than it seems, even though it has been commonly ridiculized and mocked in the media, and how it may be the closest phenomenon to utopic romanticism we can see nowadays.

“He found out that the fans’ relationship with their idol was way more complex than it seemed at first. It was not simple admiration that in extreme cases could become obsessive: the fans reinterpreted and appropriated their idols’ work. They didn’t just passively consume the band’s music: they used it to display their creativity in fanzines and letters” 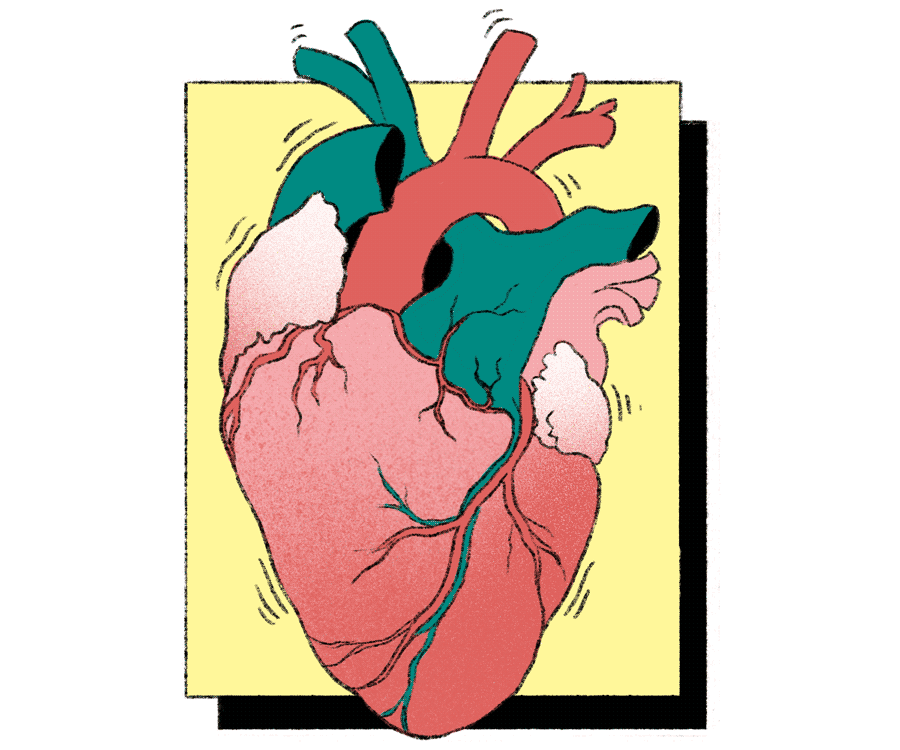