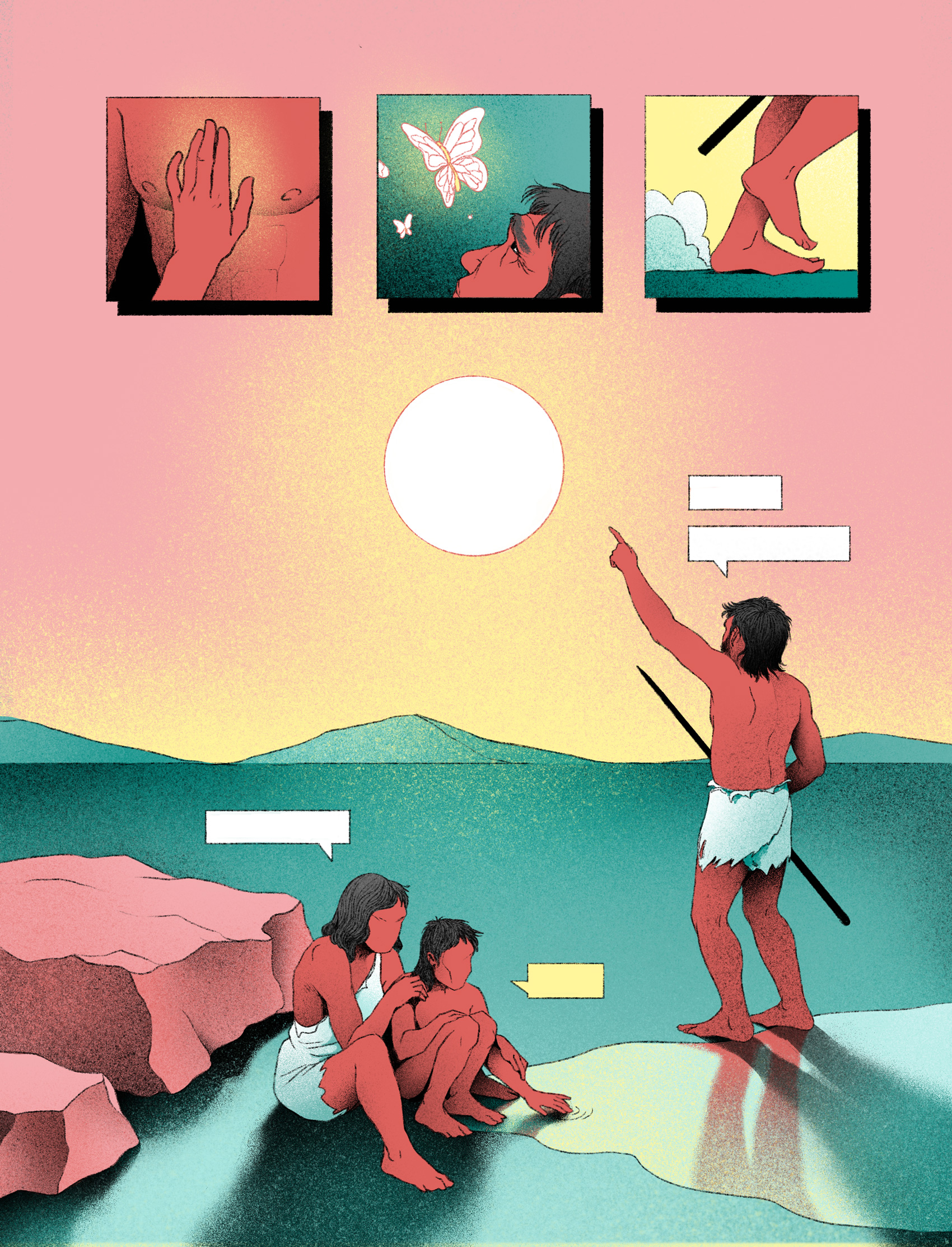 Editorial Illustration for TELOS Magazine about the origin of communication, language and writting.

“In that world so far away that it’s even hard to imagine, there was only voice. There were no words. Language was unthinkable and writing impossible. What they did was release a burst of air and put a posture on the lips. It was a sketch of singing, of humming, of howling. It was the expression of those remote, hairy and jumping humans, who inhabited the Earth two million years ago.

Humans could survive without saying a word. But to live, to live in the human sense of feeling!, enjoying!, loving!, rejecting!, that is only viable in words” 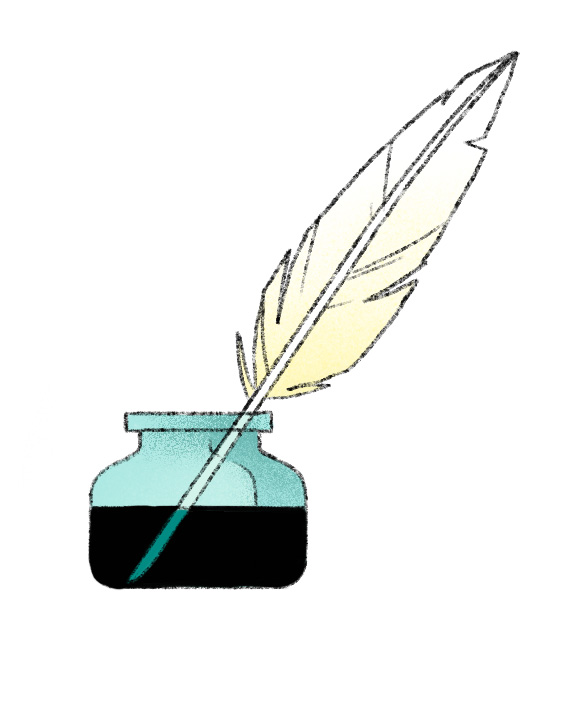